Playing some collegiate sports comes with a price

Kevin MacDonald has seen what it means to be on a varsity sports team and a competitive sports club at Ryerson University. When he was a sport media student, MacDonald worked as an announcer on the PA system at the Mattamy Athletic Centre for five years. During that time, he saw the school’s top tier teams compete. 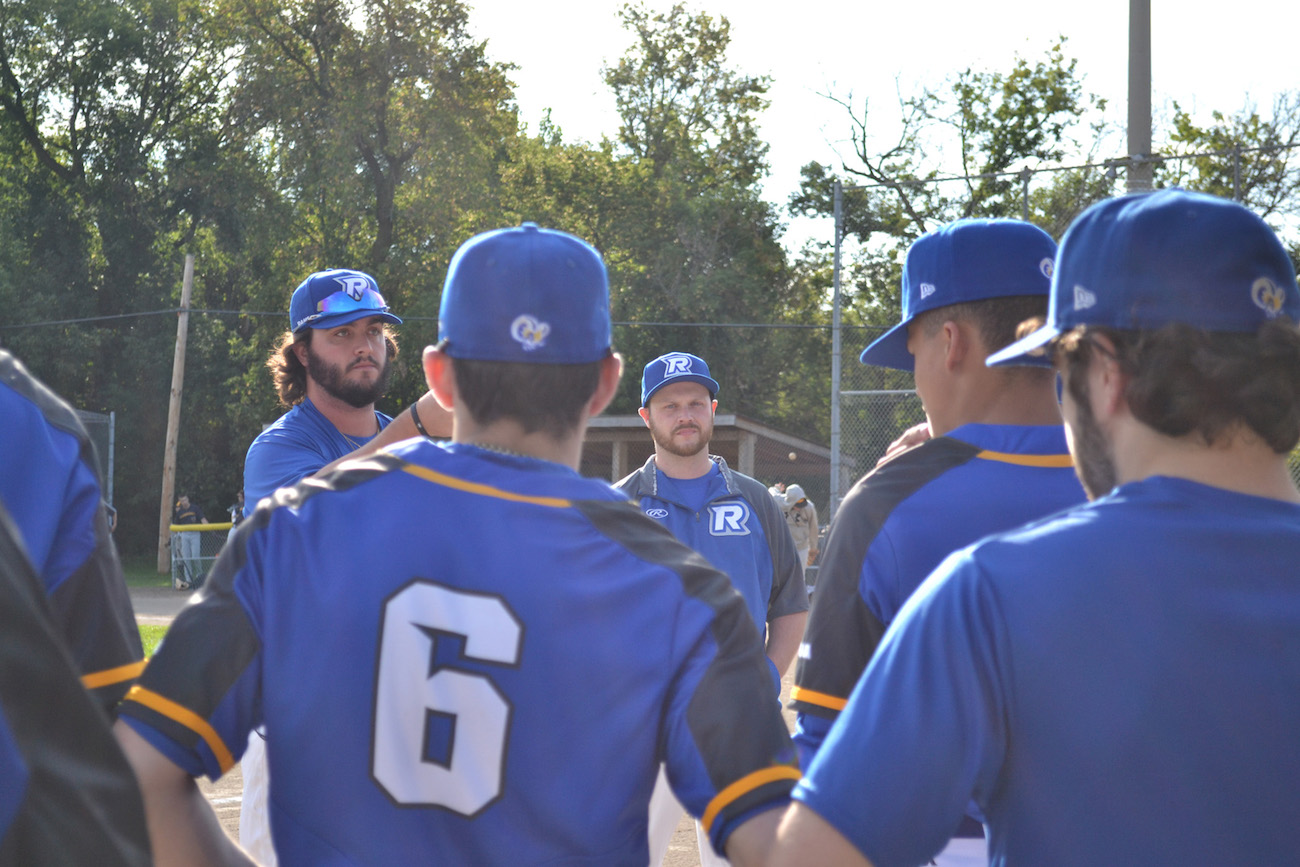 On one side of things, MacDonald saw the elite play of varsity sports teams. But on the other hand, he saw teams where players and managers alike are careful with their budgeting.

Ryerson University’s baseball team is one of the 20 sports labelled as a competitive club. This means that while the team has organized games against other schools, unlike varsity sports, clubs aren’t free to participate in. For many students, this means they have to put together funds if they want to play ball.

“A lot of the guys that I grew up playing with, [their] parents paid for baseball every single year,” said MacDonald. “When you get to the university age, a lot of guys, myself included, [their] parents didn't pay registration fees and now [they] are having to work to pay for it.”

Having graduated in 2019, MacDonald is now an assistant coach for Rams baseball where he sees the same juggling act to find the funds to play in the players he coaches.

Club status sports teams at Ryerson allow students to explore new sports to compete in or to continue competing in sports they played during their childhoods. However, clubs come with a price tag—one that can cause players and team managers to watch their cheque books. It’s a balancing act for everyone involved. 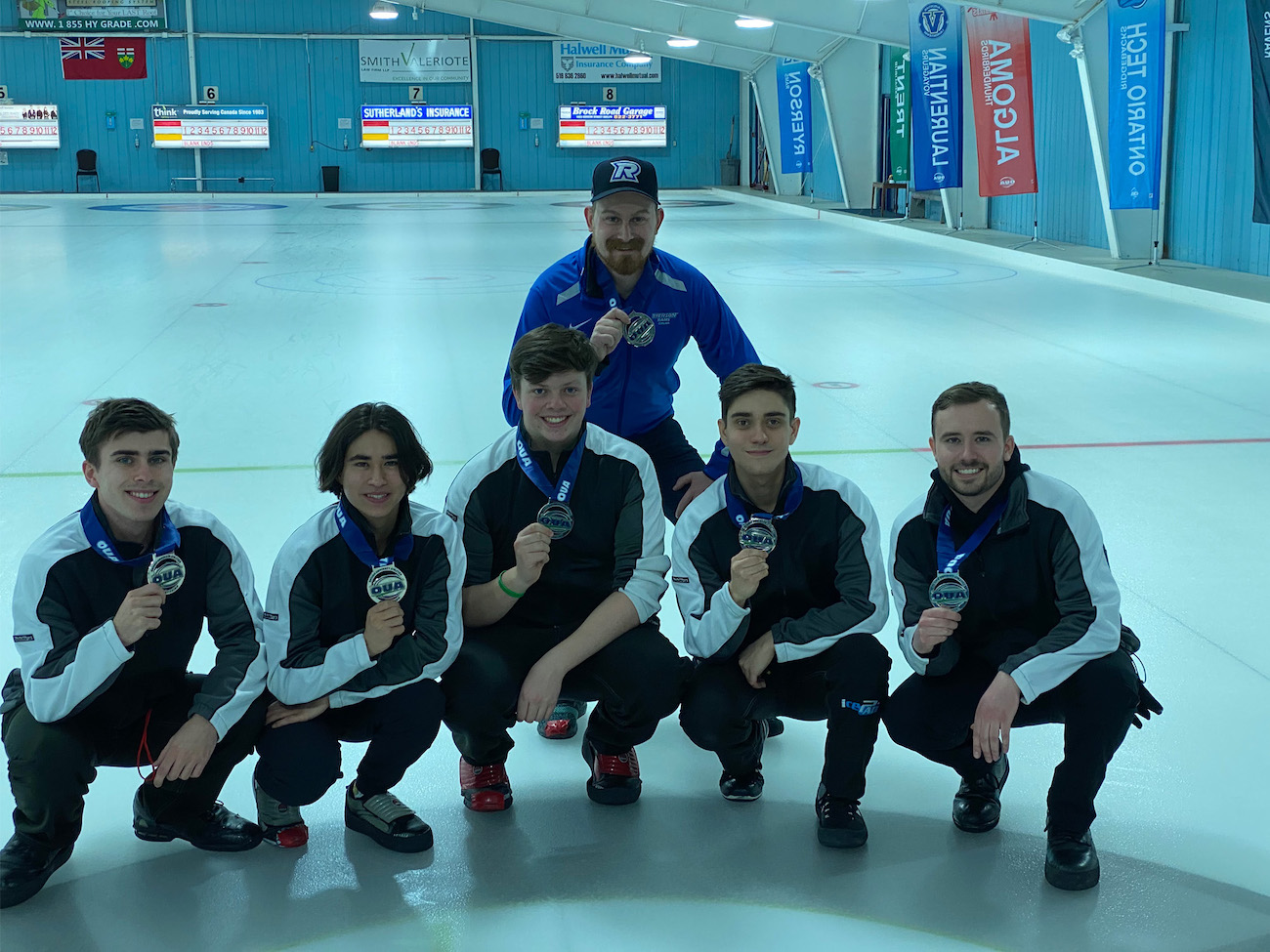 The men’s curling team won a silver medal at the OUA championships this month. (Courtesy of Perry Marshall)

Rams curling coach Perry Marshall said the team is “obsessively [under] a zero-based budget model,” adding that the club is strict with their spending and only uses funds when necessary.

The curling club holds a number of fundraisers that relate to the sport, including offering clinics at curling clubs to help members improve their skills. 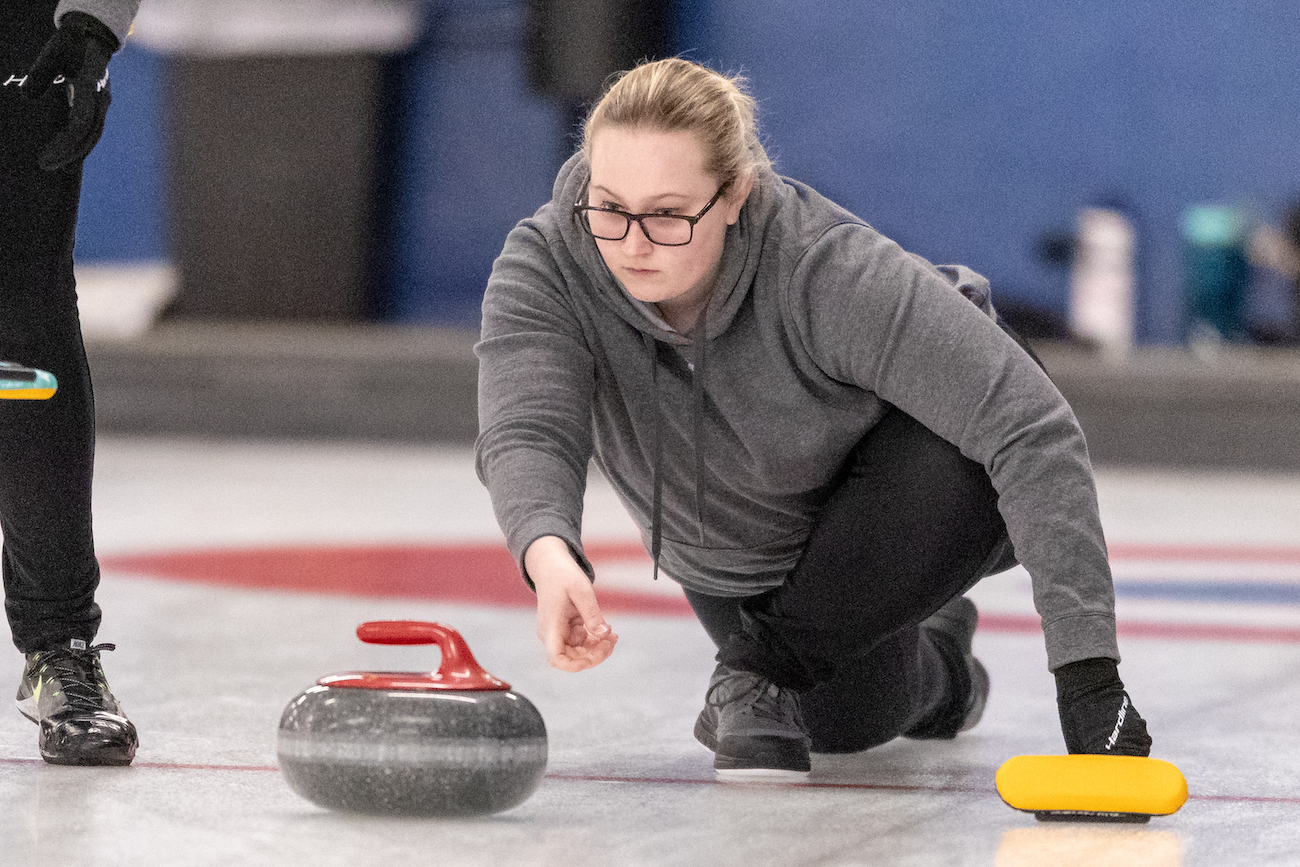 The curling team is a competitive club. (Courtesy of Andrea Langford)

Club-status sports teams rely on athletes to help keep them going, among other streams of funds. Clubs come with entry fees, but on top of that, they’re also utilizing grants, attaining sponsors or hustling with fundraisers to make ends meet.

These prices can be costly for students, especially those who are already juggling tuition, rent and other expenses that come with living in Toronto. Every club is a unique case, as the cost for their program fluctuates based on the resources needed to operate. Some clubs, like barbell, have an entry fee as low as $40. Others can cost hundreds of dollars per season.

However, if one thing is clear it’s that players won’t be denied the ability to play if they simply cannot afford the fee. Some teams have accepted incremental payments from students, and others have sometimes accepted whatever amount a player was able to give.

“We're always trying to push to get to that next level, and show them that we deserve to be recognized as much as possible”

Club teams offer a middle-ground between intramurals and varsity sports, allowing student athletes to push themselves competitively in a wide range of sports. 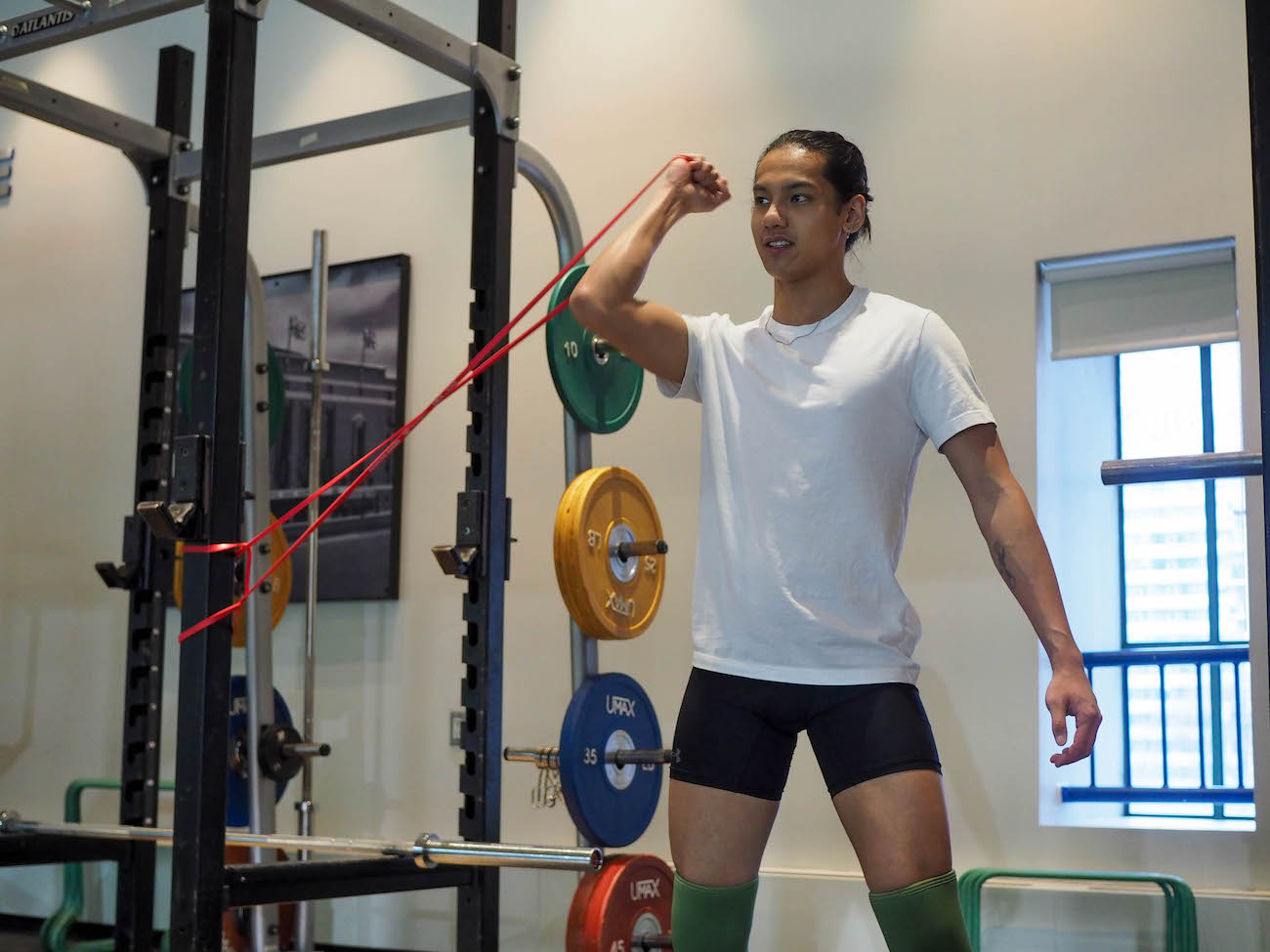 Jordan Luu is an executive member of the barbell club. (Jes Mason/THE EYEOPENER)

“With the club, at least it gives people an option to be competitive without having to be part of a varsity team or being at a varsity level,” said Jordan Luu, who participates on the Rams barbell team and helps out as an executive member.

A team getting their status changed from club to varsity level rarely happens. The last time this occurred was more than 10 years ago when the women’s hockey team was promoted.

Nick Asquini, manager of sport operations at Ryerson, said the university isn’t currently focused on promoting any clubs. He said they are instead currently “focused on returning athletes to play” after COVID-19 first disrupted their schedules in 2020.

It may also be unrealistic for promotions to be expected. Cho questioned if the school would be able to pay for more teams to have varsity status: “Where’s the money going to come from?” 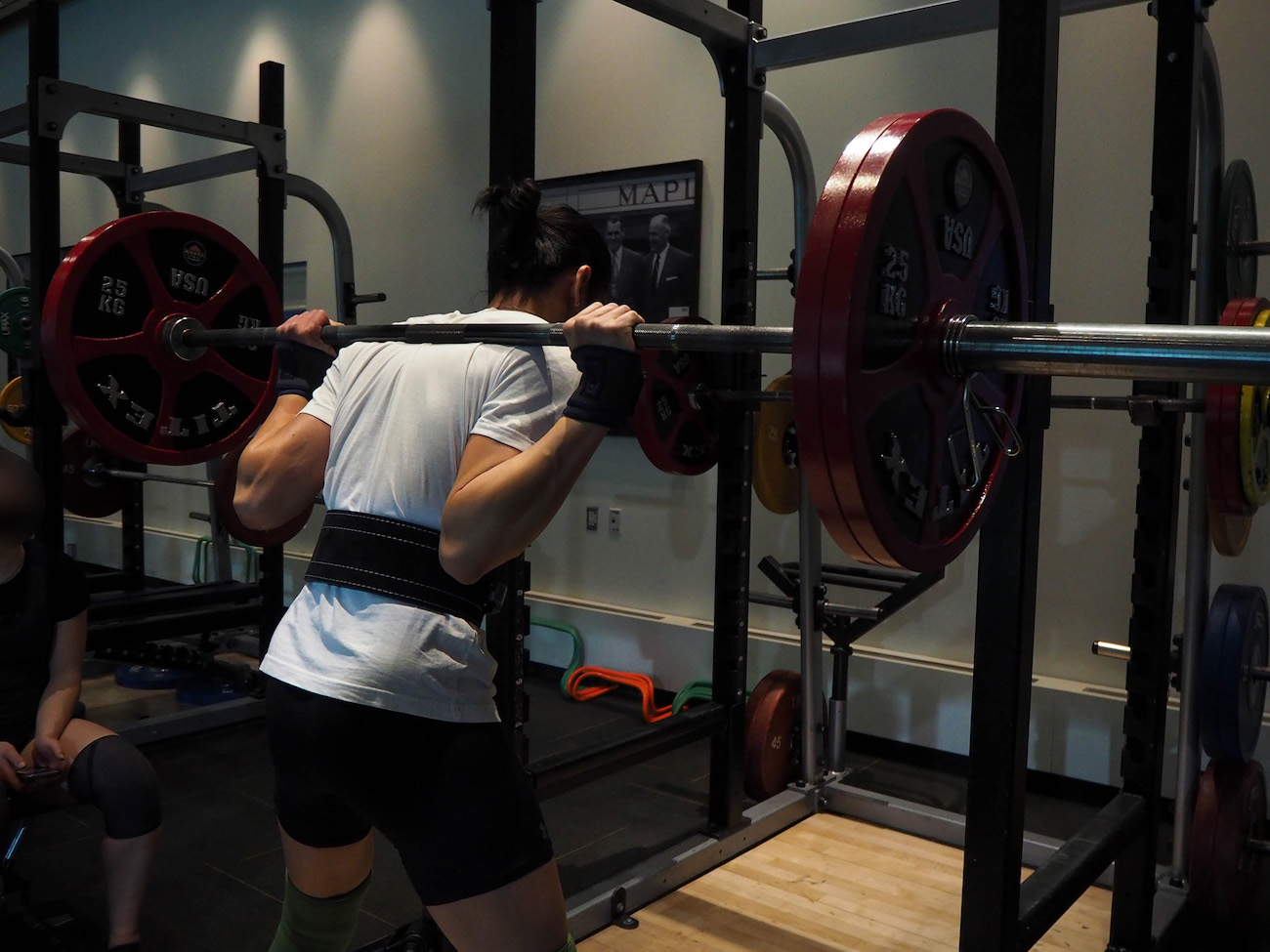 The barbell club has a membership fee of $40. (Jes Mason/THE EYEOPENER)

Promotion could be hard, or borderline unattainable. It’s certainly not something that many Ryerson-based clubs envision as something they can achieve at this moment. However, the fight for many to get more resources is an uphill battle.

“We're always trying to push to get to that next level, and show them that we deserve to be recognized as much as possible,” MacDonald said. “It would be great if we can be classified as ‘varsity.’ But more so it’s just [getting] the recognition, and the assistance that comes with that recognition, is what we're striving for the most.”

The men’s curling team won a silver medal at the OUA championships this month. (Courtesy of Perry Marshall)

The curling team is a competitive club. (Courtesy of Andrea Langford)

“We're always trying to push to get to that next level, and show them that we deserve to be recognized as much as possible”

Jordan Luu is an executive member of the barbell club. (Jes Mason/THE EYEOPENER)

The barbell club has a membership fee of $40. (Jes Mason/THE EYEOPENER)
Return to home